…on brain freeze and the trauma of suicide 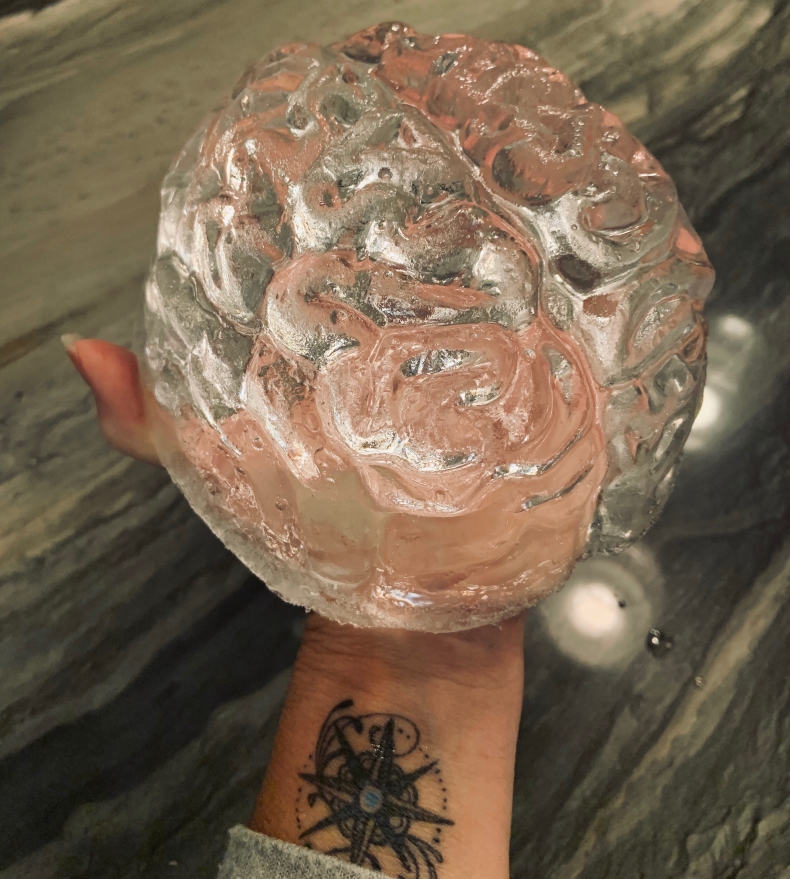 Break the pattern… that was the directive from my heart as I was working on an advocacy approach to ending bullying in October of 2013.  I had spent a lifetime overcoming those patterns in my own life and felt pretty successful in helping my kids navigate it for themselves.

I called it successful because they were still alive.  They had not succumbed to the powerful forces of trauma and depression that continued to haunt me because of my father’s suicide in 1989.

He was found in the early morning hours of October 25, but the day prior is always the one that is hardest for me because this was the day that he walked through his last day, disconnected and adrift.  I don’t know if he was looking for more reasons to die or a single reason to live, but no matter what he found, I lost him.

For 30 years he has been frozen in time at the age of 53.  I was 27, pregnant with my first child and so this was a last day, for me, too.  October 24, 1989 was the last day where I felt full of expectancy and hope for the future in that way where my personal and professional choices had molded together to create a life that I loved.  Don’t get me wrong… I have had immense joys and successes through 4 children and a career and community of friends… but there has always been a part of me that has felt preserved in that time warp where this day seemed fine until the next day wasn’t and I was forever different. 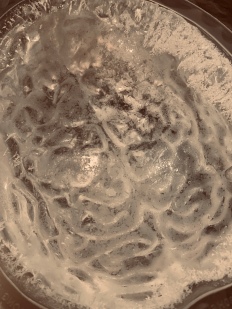 I could not have known the impact of that one day.  And so, for my annual PSA on removing the stigma surrounding suicide, I am going to discuss not what he did or I have done to overcome… but what I am doing in an ongoing effort to heal.  Today, it was perfectly encapsulated in the moment I removed this giant ice cube shaped like a brain from my freezer because trauma of the magnitude of my father’s suicide, becomes a memory frozen in time that is triggered by dates or memories into PTSD meltdowns.

Trauma is a time bomb that our psyches begin to grow around to allow us to move through the moment and simply survive.  But, it’s been 30 years and I have been actively excavating those insulating layers to actually finally grieve and feel the feelings and it has NOT BEEN FUN.  But it has been freeing.  So freeing, in fact, that I have been proactively pursuing the things that used to shut me down and make life fun again.

Halloween was epic when I was growing up and celebrating it with my children was great…except… this day, one week prior, always came first.  This year, I agreed to co-host a Halloween party for my daughter and her middle school friends.  Because keeping busy and focused on the joy that I felt as a child would get me through today.  The maniacal preparation for this party has literally thawed my thinking that became flawed around my father’s death and so the period of time that used to set me back on my heels has brought me all the feels… will it bring healing?  God, I hope so… because I have decided that the grief will no longer be my priority and that choice, alone, brought relief.

Dad, alone, made his choice to die today and I do not deserve to serve a life sentence for that.  So, today I, literally, took my frozen brain out of its mold and put it in a plastic bag to prepare another to float eerily in a punch bowl.  I will delight in watching it melt away as I snack on spooky snacks and dance to Monster Mash with middle schoolers.

And then I will write about that… about what we need to do to survive the moment and navigate toward something different in regards to suicide, bullying and, sometimes, simply being human.  I will write about it then rather than now because I don’t want to cast my expectations into an expectancy of grief.  I am trying something different in the hopes that I will be able to help someone out there move through their pain differently, too.

Right now, I have a new brain chilling next to the ice cream, costume to finish and a new story to tell.  It will be hauntingly beautiful, I hope… because I feel hope again.