Dance routine… That pairing of words has never, ever, made sense to me.  Because, as a noun, routine is simply a sequence of actions or a fixed program and when used as a descriptor it’s something performed as part of a regular procedure rather than for a special reason.  Fixed.  Regular.  No special reason.  Those are words that as a young girl I would never, ever have attached to the word “dance”.

Saturday mornings at Dixon’s Dance, in my hometown, was routine beginning at the age of 4.  I took a variety of classes but the ones I adored were tap and over the course of the next decade I wore the shine and color off of the linoleum in our front hallway. It was there that I could open the closet door and practice in front of a full length mirror.  I tapped there even though the flooring dulled the sound.  I also tapped on the front porch even though the concrete made it sound too sharp.  Hardwood — like in the dance studio or on a stage — sounded the best as it was crisp and resonant.  I was forbidden, however, from tapping on the beautiful hardwood that graced the upstairs hallways and bedrooms of our house, and so I was content to tap where I could and begged forgiveness when I tapped where I couldn’t.

I found places and reasons to tap dance into my 20’s, even though I stopped taking lessons after about 10 years.  I was a Mitzi Gaynor wannabe in a Madonna era and so over time I simply stopped.  Add to that a marriage to a definite non-dancer and the routines that revolved around packing diaper bags and lunches meant my tap shoes got packed away.  I still danced with my youngest daughter to the catchy “Go Diego Go” theme music or alongside the pool deck at the country club to embarrass the older kids into getting out of the pool, quickly. Other than that, I was done, until a timely conversation about hardwood floors had me thinking about the time step again.

As an interior designer, my days, these days, revolve around helping clients make routine choices regarding design elements and a discussion about the merits of solid hardwood flooring versus an engineered product got me thinking… Aside from the aesthetics and budget, did I have personal experience with either or both?  My answer surprised them, I think, as it wasn’t given to them by the 56-year old design expert they expected… it was expressed by the inner 8-year old in me that hoped whether or not they were planning to dance on it was a part of their decision making.

You see, several years ago, as a part of the divorce process, I sold and moved from a house that had thousands of square feet of solid hardwood flooring.  4 children, a dog, and several cats, over 15 years, had done the expected number on the traffic areas but it was the living areas that got my attention, at that time.  As the moving trucks rolled in, I rolled up the rugs to discover pristine patches of hardwood, that at any other time in my life. would have begged to be danced upon.  The only thing heavier than my feet, though, was my heart.  In the process of the divorce procedure, I had packed up hope along with my dance shoes and could not envision a day that I would want to move just for the joy of it.  My routine of simply putting one foot in front of the other on behalf of my children was all I could manage and so hoping for more than that took energy I simply could not tap into.

That forward movement, did, indeed, move me on… into a new home, back into my work as an interior designer and even into a new relationship.  As good as all of those things felt, I still fought against hope.  After years of fighting for my children’s mental and emotional health and my own financial and personal independence, hope was a luxury that I could not afford.

The word “practice” comes back to mind but in a way that also doesn’t make sense to me.  I hear people talk about a “spiritual practice” or their “yoga practice” and I think… aren’t those things you just do? If you wake up and pray or meditate, it’s your routine.  If you do yoga, you are doing it.  But… then I thought of hope and I was so out of practice that I couldn’t just do it.  The thought of it felt gawky and awkward and ugly.  It was noisy at times and at times it was just the sound of my breath, in and out, as I paused to catch it, head down, hands on my knees feeling as if I would break under the weight of it.  Because hope becomes grief when a life you have loved is gone, so it hurts as much to have it as not have it. 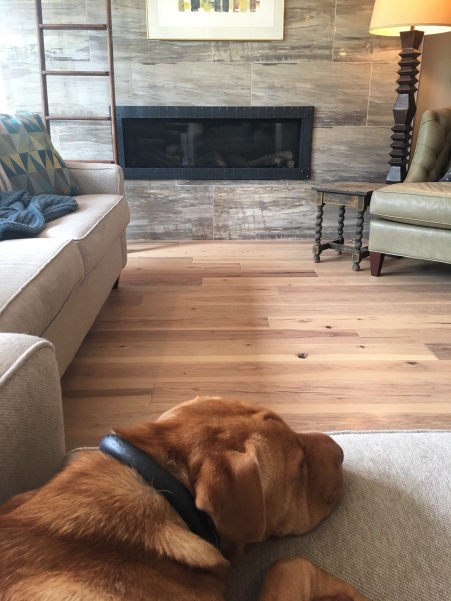 I regret those pristine patches of un-danced on hardwood perfection in my old house.  They represented a part of me that I gave up in the hopes of being happy there.  So, under the guise of testing my newly installed engineered hardwood flooring, I dug out the brand new tap shoes I had gifted myself a few years ago for Christmas, rolled back the rug, and I danced.  I stood there a moment, letting my body remember, feeling my feet get lighter as the music in my head led them around my floor.  I looked down at the scuffs on the once-perfect boards and with a “WTF-it’s-MY-floor” smile I went at it harder.  The 8-year old in me was as thrilled as the experienced interior designer when the evidence of my experiment was easily wiped away.

Within weeks, my work took me into the home of friends who were updating their family room in anticipation of a gathering, where I saw a painted wooden sign that said “I hope you dance”.  I have known this couple for many years — we have shared space in carpool lines during elementary school and bleachers during travel and high school baseball, as their youngest son and my only son are the same age.  I remember this family, too, for the tragic loss of their daughter, a long time ago, when she was in 1st grade.  While I did not know them at that time, word about their sudden loss spread quickly in our small community and my heart ached for them as I imagined their pain.

This little girl’s presence in their home was still very much alive, as I rearranged and added to the collage of family photos, making her an important part of their decor.  I added a comfortable chair, reading lamp and small chest in the corner where I had just hung new drapes.  I finished the area with an art print of a butterfly, which they chose to honor her, and I topped it with that sign, moved from the other wall.  “I hope you dance”.  This sentiment, from a song released in 2000 by Lee Ann Womack, was written on their wall where they could easily find it, especially on the hardest of days.  It fills my heart to know that this chair, this light, this love… represents the hope of this family, as this gathering was to celebrate their first granddaughter.

“…Promise me that you’ll give faith a fighting chance

I hope you dance.”

I stood there a moment, in their family room, picturing the life that is before them, and I let my heart remember hope.

Routinize dance.  Practice hope.  For me,  those will look and sound the same.   Whether you have to write it on the wall or scuff it on to the floor you have to remember that hope doesn’t have to look graceful to be grace-filled.  My hope is a dance that is gawky and awkward and ugly.  It is noisy, at times, and then it becomes just the sound of my breath, in and out, as I pause to catch it, head up, looking for a spot on the wall so that I don’t get dizzy, feeling as if I will burst from the joy of it.  I dance.  I hope.  Both, simply because I can. 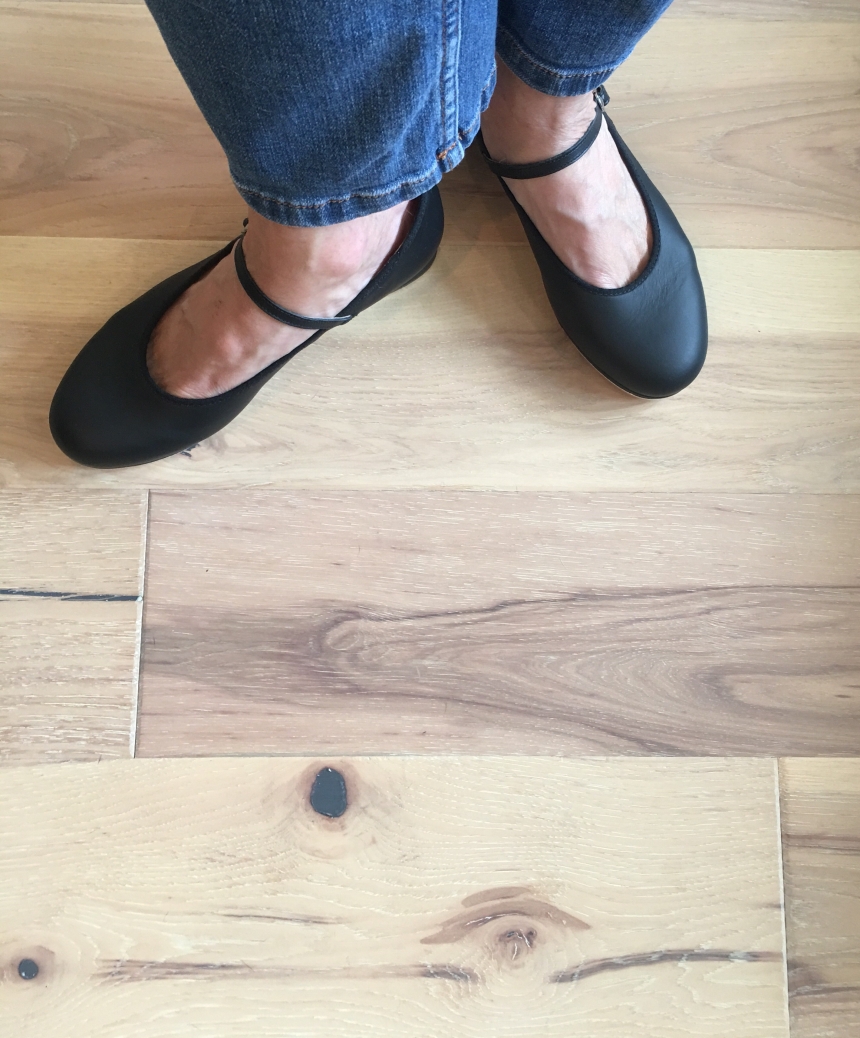